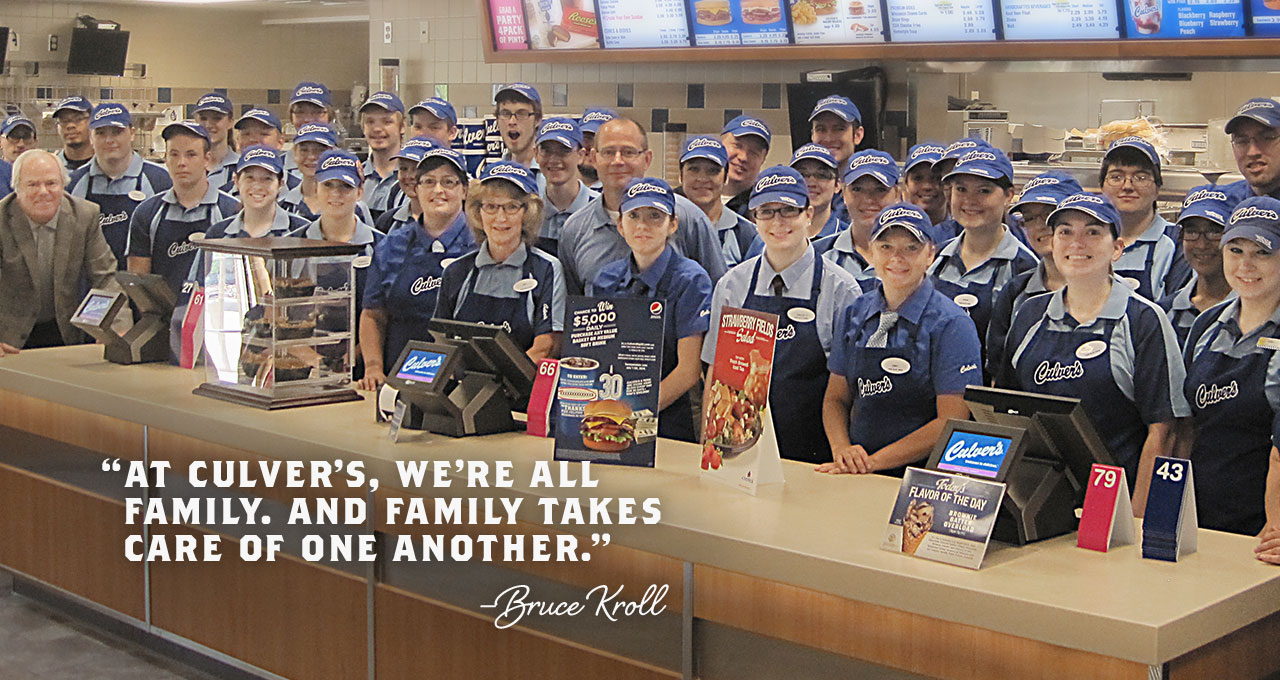 Bruce Kroll has always believed in doing the right thing, especially when it comes to helping people. When his Culver’s restaurant in Platteville, WI, caught fire, it threatened to keep his team members out of work for not just weeks but months, folks he considers his family.

Without a second thought, Bruce opened up his checkbook and continued to quietly pay his True Blue Crew over the next six months, $144,000 out of his own pocket.

In return, all Bruce asked was that his team members pay it forward, which they enthusiastically did, volunteering at camps, churches and raising money for their local fire department.

While Bruce’s selfless story grabbed national attention, his appearance on the Steve Harvey Show may have been the most special when his whole True Blue Crew came out to surprise him and thank him for his generosity.

Today, Culver’s of Platteville and its outstanding team are back bringing smiles to people, looking after guests and taking care of one another.