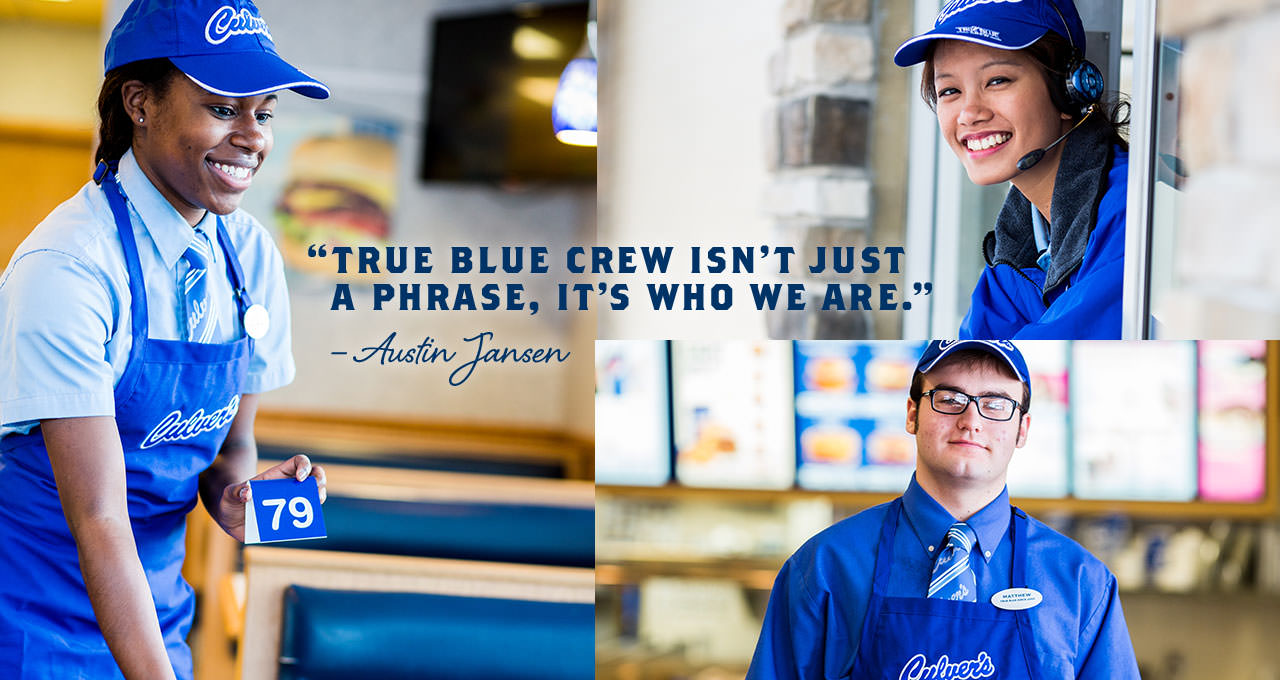 Culver’s has been a part of Austin Jansen’s life for a long time. After living next to his local Culver’s restaurant for most of his life, Austin joined Culver’s as part of the True Blue Crew. Austin says that Culver’s has become much more than just a job.

“When I walked in on my first day, I didn’t walk into a job, I walked into my new home. The people I work with aren’t coworkers, they’re family, and the guests I serve with a smile are family as well.”

Being part of the True Blue Crew is something Austin values. He may only be 16, but he already has a future at Culver’s in mind. With the hopes of owning his own franchise, he would like to share his passion for Culver’s with others.

“True Blue Crew isn’t just a phrase, it’s who we are. True Blue Crew defines the service I give, the people I talk to and the smiles I see.”

Interested in joining the Culver’s team? Check out our Careers page to see opportunities at your local Culver’s restaurant.