When Carmelo Francia moved from the Philippines to the United States in 2005 in search of a better life, he knew he was going to need a support system in order to achieve success. He found the support he needed at Culver’s. Carmelo began working at the Culver’s in San Antonio, TX, where he overcame language barriers to learn and grow as part of the True Blue Crew.

“He needed a work family, and that is what he found at Culver’s.”

Franchise owners, Tammy Levya and Lesa Koster, became like family members to Carmelo. They supported him by allowing Carmelo to visit his wife, Eunice, every year in the Philippines. Lesa was even with Carmelo when he was sworn in as an American citizen, an important event in his life that allowed him to bring Eunice to the U.S. 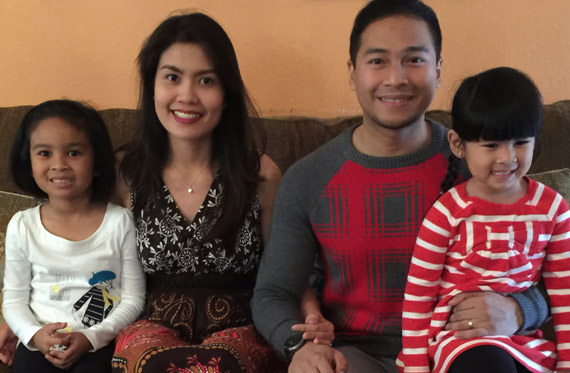 Over 10 years after coming to the U.S., Carmelo now has two daughters and is the General Manager of Culver’s of San Antonio. His dedication to serving guests has allowed him to become a leader for his Culver’s family, and he hopes to some day become a franchise owner. Would you like to become part of Culver’s True Blue Crew, like Carmelo? Check out our Careers page for available opportunities in your area.