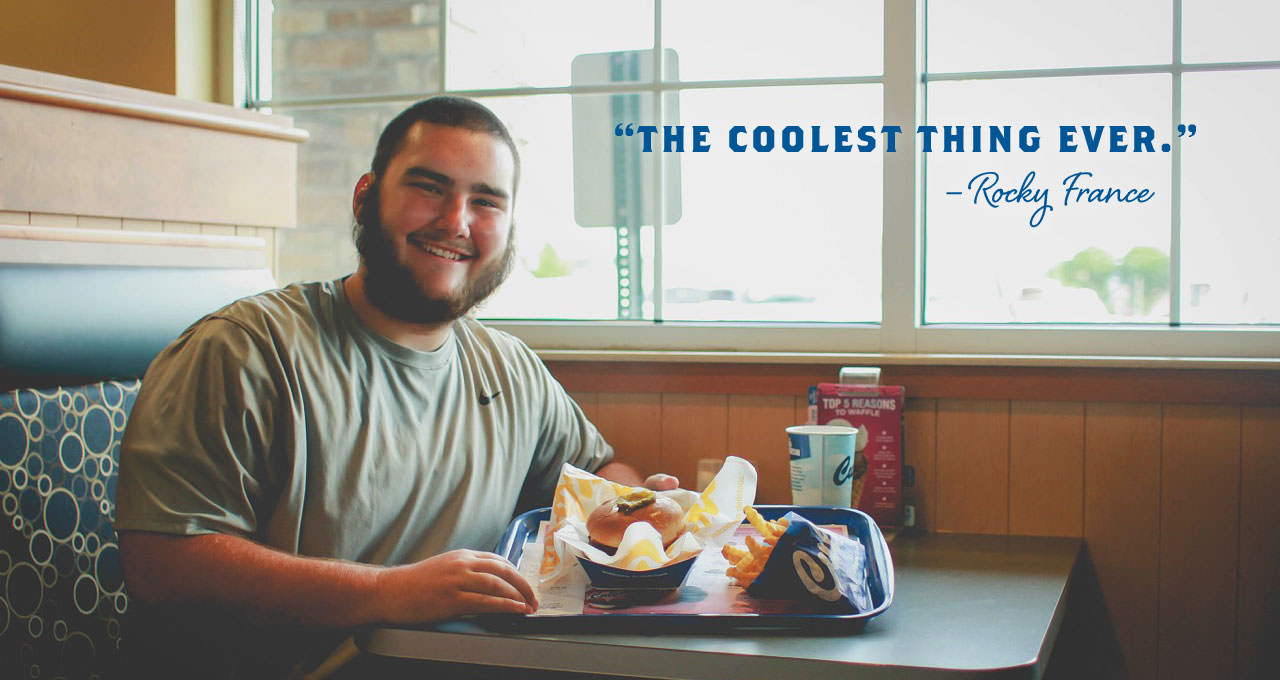 Rocky has been going to Culver’s since he was a kid and has always enjoyed the food and the chance to hang out with his friends – especially after a big football win. So when the time came to get his senior photos taken, he only wanted pictures at one place: Culver’s.

After her son convinced her to go along with his idea, Rocky’s mom reached out to a local photographer who thought the concept was “the coolest thing ever.”

On the day of the shoot, it was off to the Culver’s of Stoughton where Rocky ordered some of his favorites, including the Culver’s Deluxe Value Basket and Fresh Frozen Custard.

After capturing a few staged shots and explaining to curious guests what they were doing, the photographer spent the next 20 minutes taking photos of Rocky enjoying his meal.

When Rocky shared his photos on social media a few months later, the shoot went viral. A local news station even reached out for an interview at the restaurant.

And while Rocky did take a few senior pictures around town, his friends and family agreed that his Culver’s photo was the one worthy of the school yearbook for letting his personality shine.