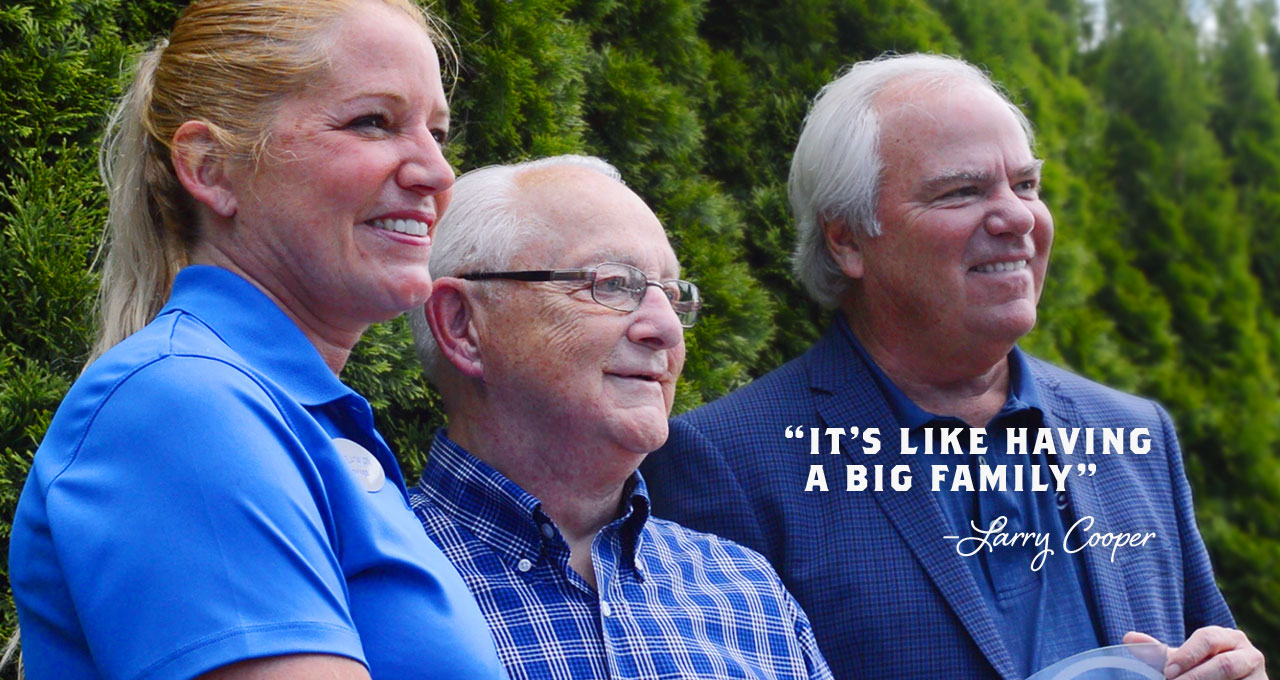 After retirement, Larry Cooper was trying to find his next path.

Then Culver’s of Grand Haven, Michigan, owner, Angela Taylor, showed him the way.

Having gotten to know Larry, who regularly visited her restaurant, Angela listened to his story and came back with an offer. Join her True Blue Crew and get that excitement back in his life. Once he said yes, everything changed.

Larry became fast-family with his fellow team members, developing new friendships with folks who’d stop by and even losing a few pounds from all that hustling.

While Larry credits Culver’s of Grand Haven as helping him feel more happy and fulfilled, Angela points to Larry as a reason some guests keep coming back. Now instead of “sittin’ around,” Larry brings meals and smiles to guests every day, delivered with the same happiness his Culver’s family has given to him.