Women have always played a major role in agriculture. That’s no secret. What is lesser known, however, are the stories of women who work in agriculture every day and how integral women really are to the world of agriculture.

To commemorate 50 years of women in the National FFA Organization, we want to highlight four fierce women who are leaders in various agriculture fields such as farming, education and journalism. Meet Amelia, Carrie, Marji and Katie.

What started as a way to find a class to fill her high school schedule became something much bigger and more impactful. Amelia Hayden, the current Wisconsin Association of FFA State President, got started in FFA after signing up for an agriculture class in high school. After noticing that she was the only person in the class not already an FFA member, Amelia decided to join.

Soon after, Amelia became a chapter officer, then state officer and now her current role as president.

“It’s flying by, but I love it,” Amelia said. “As much as I wish it wasn’t flying by, I’ve enjoyed every moment and I know that I’m making the most of it.”

By participating in FFA, Amelia has been able to find a passion in agriscience and grow in her leadership skills. She credits the organization for leading her down the path of a potential future career in agriscience research.

During her SAE (Supervised Agriculture Experience), Amelia focused on research projects, primarily on animal nutrition. “It’s really a direct segue from what I did in FFA to my wanting to do this as a career now,” Amelia explained.

She also noted FFA has impacted her tremendously as a person, giving her the opportunity to gain invaluable leadership skills and the ability to lead from behind by building up the people around her and having them lead. This semester, she has been able to help prepare students entering the Agriscience Fair, a contest she competed in nationally three times.

Over half of all leadership positions in agriculture currently are held by women.

One person who has had a direct influence on her was her agriculture teacher and FFA advisor in high school, Lisa Konkel. “She was constantly pushing me to do my best and so willing to help whenever you needed it,” Amelia said.

Looking ahead to the future of women in agriculture, Amelia reminded us that currently over half of the leadership positions in agriculture are held by women, and that statistic is only going to increase.

“I find that really indicative of how women will continue to take leadership roles in agriculture and continue to get very involved and strive to get to the highest level possible in agriculture,” Amelia said. 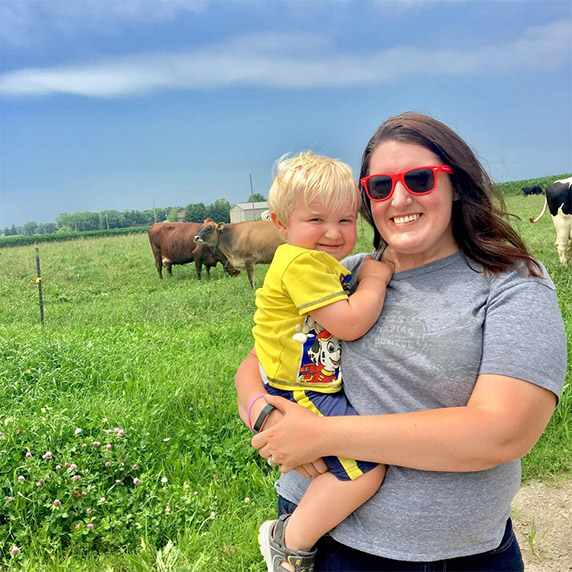 Since 2011, Carrie Mess has been documenting her life as a southern Wisconsin dairy farmer through her blog Dairy Carrie, where you will find photos of her 100 cows, delicious recipes, profiles of people working in agriculture and stories of life as a dairy farmer. Farming life, however, only began after she and her husband married and began farming together with her in-law’s parents.

“Coming from Madison, Wisconsin, and not having a real connection to farms or agriculture at all, my life has been completely changed by finding my passion for caring for our cows and land,” Carrie said.

Since beginning her journey in farming, Carrie has learned a lot of valuable life lessons. One of the biggest lessons, she said, is that the cows are in control. “I do my best each day to make plans but ultimately the needs of our cows come first, and they are very good at screwing up plans!”

While the cows are in control, Carrie has also learned just how strong she is, noting that every day she takes on both mentally and physically challenging tasks.

“I can't imagine a life without open spaces and incredible cows out my door.” – Carrie Mess

Through her blog, social media and speaking events, Carrie has been able to share all that she has learned with so many people, especially other women in the field of agriculture, who she feels once were working more behind the scenes. Now, she said, that is no longer the case.

“Many agriculture colleges now have more women enrolled than men. Women can be found in any job on the farm and in any role as a farm support person. Agriculture organizations have more and more women in leadership roles and serving on boards. It's exciting to see women owning their space on and off the farm.”

And for any woman aspiring to enter the world of agriculture, Carrie recommends finding a mentor. “Having a woman to bounce questions or ideas off of can be so valuable,” she said. 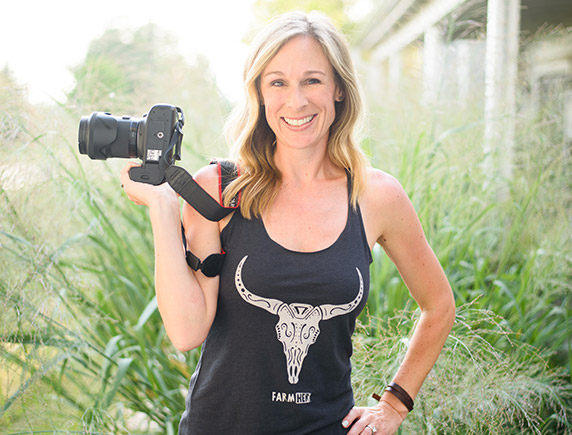 The website is a treasure trove of hundreds of stories on the women who are currently making an impact on the world of farming.

“Women have always played an important role in growing food and raising livestock, however, as consumers, we haven’t always seen the value of their work or the important role that they play,” Marji said.

Marji’s diligence in telling the stories of women who live agriculture every day is more important now than ever before for two reasons: awareness and culture.

“From my standpoint as a woman and as a mother, it’s comforting and real to see the women who are no different than you or me, who work so hard, have so much care and commitment to making sure I can put real and healthy food on my family’s plates,” Marji explained.

On culture, Marji said that agriculture needs diversity, so that it can adapt to the current world.

“I am a big believer of ‘if you can see it, you can do it’ and by sharing these stories, we are showing young women that they are wanted, needed and that they can find their role in agriculture,” Marji said.

From meeting and talking with so many FarmHers, Marji has learned three important lessons.

The first is that all the women Marji has met farm because they are connected to agriculture in their heart and soul. The second lesson Marji has learned is to “show up, work hard and own who you are, every single day.” And the last lesson is to “never say never” and to remain open about life’s opportunities and what you can learn from others.

“Young women are stepping up and making sure their voices are being heard.” – Marji Alaniz

Marji is optimistic about the future of women in agriculture, noting the surge of women obtaining agriculture-related college degrees.

“Young women are stepping up and making sure their voices are being heard,” Marji said. “They are identifying as a farmer (or FarmHer) and are proud of that fact!” 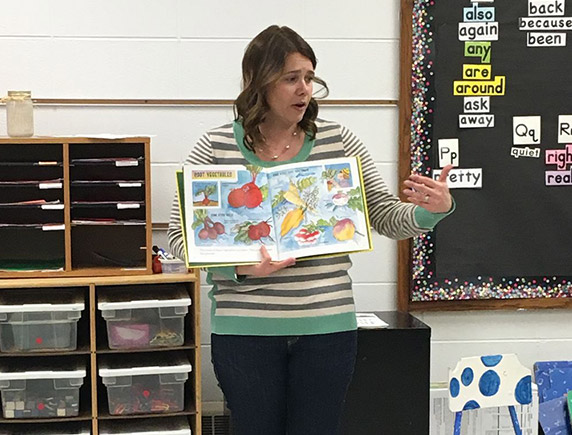 A fourth-generation farmer, agriculture literacy coordinator and blogger of The Illinois Farm Girl, Katie Pratt grew up surrounded by agriculture on her family farm.

Early in her life, Katie found role models in her mother, grandmother and the neighbor farm girl who babysat Katie and her brother. The babysitter was especially influential to Katie as she encouraged Katie’s mom to enroll her children in the local 4-H club.

“She was and is strong, faithful, independent and not afraid of work or common sense. I think that is why my parents appreciated her as our ‘Mary Poppins’ and us kids appreciated her for her kindness and encouragement,” Katie said.

Katie was also active in the FFA, an organization that changed the trajectory of her life.

“I'm 40 years old and firmly believe that I wouldn't have had the experiences I've had, met the people I've met or been challenged without FFA,” Katie said.

Throughout her life, Katie has been able to witness many young women succeed in the FFA and in agriculture, and said this proves that “people with drive, determination and willingness to fail and learn will get ahead.”

While Katie was preparing to speak at a conference in Illinois titled “Women Changing the Face of Agriculture” a few years ago, her daughter asked her where she was going.

“When I told her, she scrunched up her face and said, ‘Haven't we already done that?’ (i.e., changed agriculture),” Katie said.

“I wouldn't have had the experiences I've had, met the people I've met or been challenged without FFA.” – Katie Pratt

In the future, Katie sees women continuing to play a large role throughout the agriculture community. As a mother of a daughter, Katie said it is inspiring to see her daughter grow up in a place that encourages both girls and boys to follow and pursue their dreams.

Katie also has some advice for women who are interested in getting into the field of agriculture.

“Get to know the people––agriculture is a small community. Reach out. Don't be afraid to ask questions. Listen more than you talk. Never stop learning and always be grateful for the opportunities sent your way.”