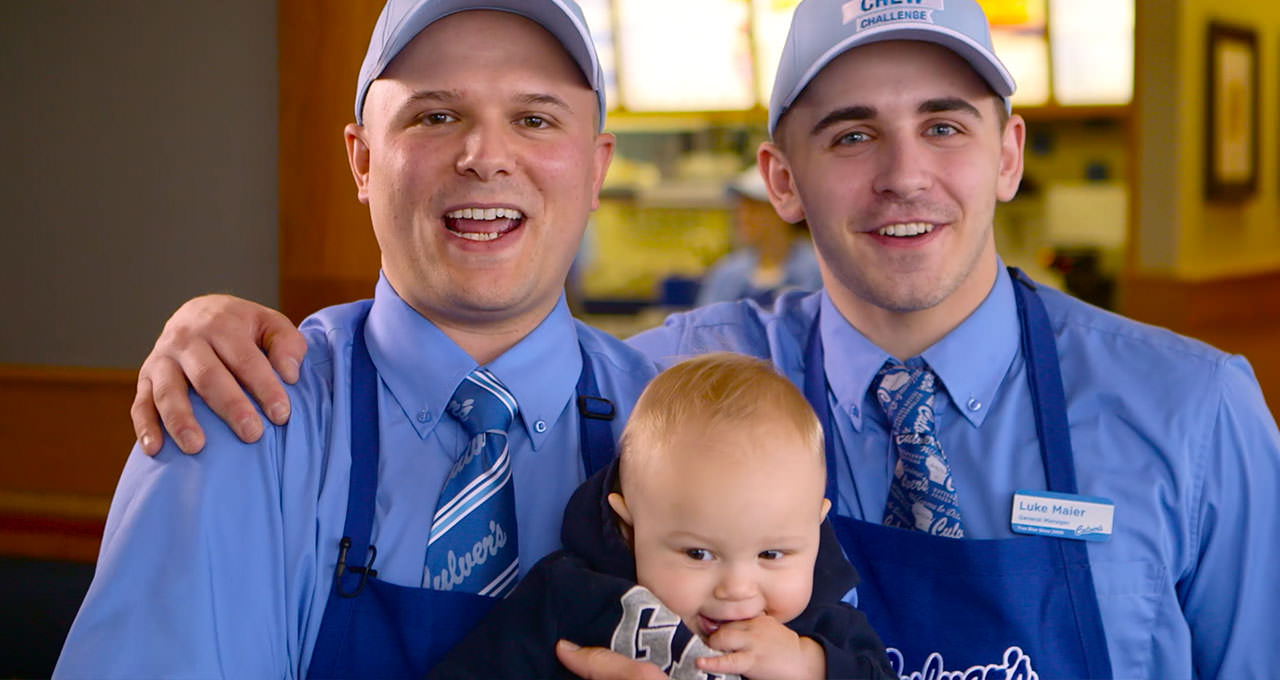 Luke Maier has always looked up to his big brother, Bobby. So when Bobby, a recent graduate of the Culver’s franchise training program, encouraged his then 15-year-old brother, Luke, to “give Culver’s a shot” and apply for a position at the Kenosha restaurant, he did.

Luke remembers his first day like it was yesterday and shares that on day one he realized how much he loved talking with guests and making them smile. And while his goal was to always make the day better for everyone who visited the restaurant, he admits that they always brightened his day, too.

Just three months into his job, Luke had a conversation with his brother about his career, sharing that he, too, had the dream of one day owning his own business. To which Bobby responded, “Why don’t you own a Culver’s?”

As many future owners do, Luke entered the Culver’s Mentor Program and was assigned a mentor: his brother, Bobby. Bobby has taken Luke under his wing at his Peru, Ill., restaurant where he’s teaching him how to master every position.

At just 21 years old, Luke’s dream of owning his own restaurant is set to come true later this year. And even better yet, his dream is coming true thanks to some help from his big brother.

Interested in joining the Culver’s team? Check out our Careers page or see if our franchisee opportunities are right for you. You can also get to know some of our other restaurant owners.