Business owners have a certain level of drive and determination to achieve the goals they’ve set for themselves and their companies. While no journey is easy, the climb to ownership in any business has its own level of challenges. For those who go out and make it happen, the process is always worth it.

Alex Mahoney’s journey to owning her own Culver’s restaurant started at just 15 years old. When she put on her Culver’s True Blue Crew uniform for the first time, she knew there was something extra special about the restaurant and the people she worked with.

Alex got her start at Culver’s in Spring Green, Wisconsin, where she eventually worked her way up to a manager position right out of high school. 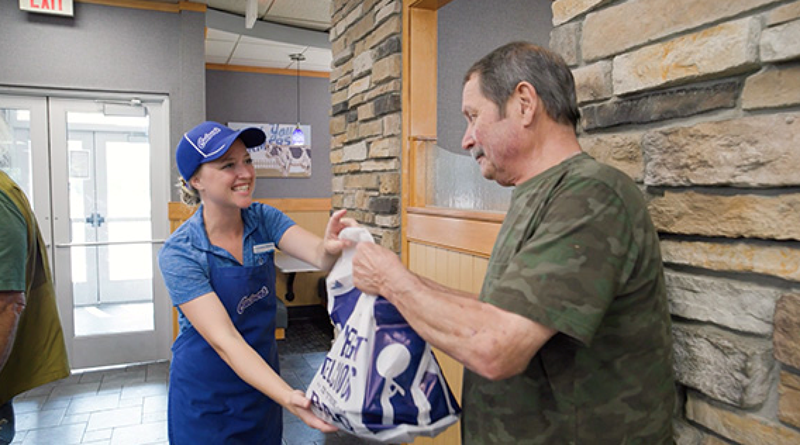 “Small town – you know everyone, everyone knows you,” Alex said. Fifteen of her classmates also worked at their local Culver’s, an experience Alex says was a memorable opportunity to share with her peers.

For Alex, the dream of owning her own Culver’s was always an end result she was working to achieve, day in and day out. Many of her classmates and co-workers knew she wanted to own a Culver’s, but admittedly thought she was joking until the word “Owner” appeared across her nametag in 2021.

“They're like, ‘You did it! You’ve said that from the beginning that you really wanted to own a Culver’s, and we all thought you were joking,’ Alex recounts, ‘but you went off to college and you graduated, and now you’re an owner.’”

When Alex graduated high school and stepped into a manager’s position, her general manager at the time gave her a few words of encouragement that motivated Alex even more to eventually own her own restaurant. “You have it. You have the personality, go for it,” Alex’s GM told her. “I know you want to be your own owner one day.”

Alex started college studying to become a teacher, but quickly learned her passion was rooted in business management. After taking another leap into the Culver’s general manager position, becoming an owner didn’t seem as far out of reach as it may have for a high schooler starting their first day on the job.

“Right when I was a general manager I was like wow, okay – I can do this. I can work my way up.”

And work her way up she did. In just 13 years, Alex went from 15-year-old Culver’s employee to one of the youngest owners in the franchise. The 28-year-old’s restaurant has provided over 50 local jobs in the Sun Prairie, Wisconsin, community.

Alex says her favorite thing about Culver’s is being a role model. “I know I'm only 28, but I had role models that played a large part in my story,” she said. “I want to be a part of other stories by helping them, guiding them, and just being the biggest role model that I can be.”

Alex’s success story didn’t come without hard work, dedication and determination. As an owner of her own franchise, her words of advice are to never stop moving forward.

“Go after it. It is a lot of hard work to get where you want to be, but if you just keep working at it, keep going forward and you will make it one day.”

Want to own your own Culver’s restaurant like Alex? Learn how to become a franchisee.